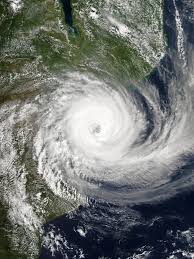 The field of detection and attribution allows us to quantify the human contribution to the changing climate. We model the climate using sophisticated circulation models (called GCMs) where we are able to ‘switch off’ human carbon emissions, thereby giving an estimate of the world that might have been.

Future climate and the Paris Agreement

In 2015, the Paris Agreement (https://unfccc.int/process-and-meetings/the-paris-agreement/the-paris-agreement) was adopted by the Parties to the United Nations Framework Convention on Climate Change (UNFCCC), setting out a global framework for undertaking ambitious efforts to limit global warming to well below 2 °C, whilst pursuing efforts to limit it even further to 1.5 °C.

As a result, a significant amount of research has been carried out to better understand the implications, much of which strengthens the case for the lower warming target due to the less significant climatic changes and lower risks generally associated with it. The Half a degree Additional warming, Prognosis and Projected Impacts (HAPPI) project (https://www.happimip.org/), for example, involves several members of this group and aims to use a super-ensemble of climate model simulations to quantify the relative risks associated with 1.5 °C and 2 °C of warming, with a specific focus on climate extremes and hazards. Past research from, or in collaboration with, the HAPPI project has included analysis of changes in temperature and precipitation extremes, tropical cyclones and mid-latitude storms, atmospheric dynamics, water resources and food production, and heat-related mortality. Our papers in this area include: 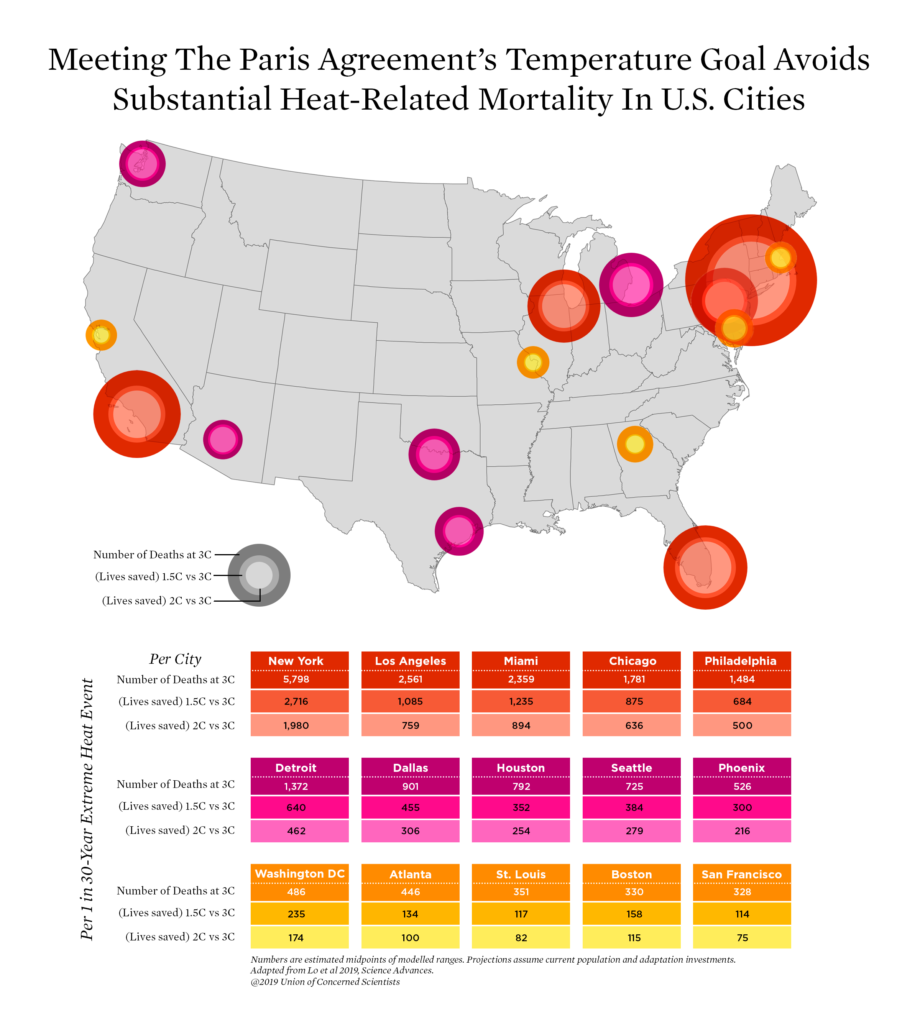 The health impacts of climate change

A warming climate shifts temperature to higher values, increasing the chances of extremely hot days and nights. These heat extremes, especially when combined with high humidity, increase heat stress and the risk of heat-related deaths. We use a combination of advanced health models and climate models to estimate current and future levels of heat stress and heat-related mortality in different regions. Some of our publications in this area are:

Climate change has the potential to drastically modify the global water cycle. Floods and droughts are naturally occurring, but the impact of climate change could put millions of people at greater risk from these events. In a warmer climate, the atmosphere can hold greater moisture, resulting in more intense rainfall events in many places. Changing atmospheric circulation and seasonality may also result in the “dry getting drier” effect, leading to an increase in droughts for some regions.

One of our research focuses is on changes in flood risk.  For example, Uhe et al., 2019 (https://doi.org/10.1088/1748-9326/ab10ee) shows increases in flood inundation at 1.5°C and 2°C global warming over the Ganges-Brahmaputra-Meghna river basins. This highlights the vulnerable situation in India and Bangladesh where floods are a regular part of life for many people, but increases in precipitation in the region due to climate change could result in much more devastation. Our work regarding tropical cyclones (see above) also shows another type of event causing massive damage and flooding.

Our group collaborates closely with other hydrological researchers in Bristol, particularly the groups led by Paul Bates on flood risk and Katerina Michaelides on droughts and dryland hydrology. A number of our collaborations through the HAPPI project also investigate of changes to the hydrological cycle.

How the stratosphere influences weather

The stratosphere is one of the layers in the atmosphere which starts around 10-16km above the earth’s surface and extends to an altitude of approximately 50km. Weather that affects us on the surface occurs within the troposphere. Important stratospheric links with the troposphere have now been discovered which can lead to an impact on our weather, particularly in Northern Hemisphere winter.

During winter, a polar vortex develops in the stratosphere over the Arctic, with strong westerly winds surrounding a region of low temperatures. This vortex can break down very rapidly, with temperatures increasing by up to 40-50K in just a few days and the winds weaken and can even reverse in what are known as Sudden Stratospheric Warmings (SSWs). These events occur around 6 times per decade. SSWs are important because anomalies in the stratosphere can descend through to the troposphere. They are linked with a southward shift in the tropospheric jet stream and associated storm tracks, and a negative phase of the North Atlantic Oscillation. These changes are often associated with colder conditions in Northwest Europe, for example the well-known “Beast from the East” of Late February and March 2018. Early identification of these SSWs can improve weather forecasting skill up to two or three weeks in advance.

The climate of Mars

Mars has perhaps the best-suited atmosphere for study and comparison with Earth’s own atmosphere, and so it is of interest to both planetary and Earth-based atmospheric scientists. Both are terrestrial planets that share features such as clouds, polar ice caps, volcanoes, a roughly 24-hour day and a similar radius (Mars’ radius is roughly half of Earth’s).

Mars’ atmosphere is very thin relative to Earth’s and does not have a stratosphere. In addition, mean surface pressure on Mars is much lower than on Earth (6.1hPa to Earth’s 101hPa). On Mars, the Hadley cell extends to almost 60° latitude, whereas on Earth it extends to only 30° latitude. In recent years, Mars has had a planetary obliquity of around 25°. However, there is evidence that its past obliquity has ranged between 5°-60°. Furthermore, it is thought that Mars previously had a much thicker atmosphere than it does currently. Mars’ orbit has an eccentricity of around 0.093 (Earth’s is 0.017), meaning that insolation variation between aphelion and perihelion on Mars is much greater than on Earth.

One of the main constituents of the Martian atmosphere is carbon dioxide (~95%), present in the form of CO2 ice clouds. In polar regions when the temperature is low enough, the atmospheric CO2 may condense and form CO2 polar ice caps which vary in size with the season. The condensation of CO2 releases latent heat and warms the pole during the winter season. This polar warming is thought to influence the shape of the Martian polar vortices. The Martian tropospheric polar vortex is annular, with a local minimum of potential vorticity near the pole. This is in contrast with Earth’s stratospheric polar vortex, in which potential vorticity increases monotonically to the pole.

Exoplanets are planets orbiting other stars. Thousands of new planets have been detected since the discovery of the first exoplanet a few decades ago. Some of these have been similar to planets in the Solar System, but some have been very different. This presents an opportunity to expand our understanding of climate dynamics, by studying planets over a large range of properties (rotation rate, instellation, surface gravity, etc.), as well as by studying planets with entirely novel climates. For example, tidally locked exoplanets always present the same side to their host star; this gives them a strong permanent day-night circulation, with some similarities to tropical dynamics on the Earth.

We are studying the behaviour of polar vortices on exoplanets, with a view to understanding these vortices in a more general way in this large new parameter space, as well as studying novel types of planet that may have very different vortices to those in the Solar System. This includes planets like tidally locked gaseous “hot Jupiters”, as well as brown dwarfs — substellar objects for which transient atmospheric behaviour has been observed in detail. Alongside this work on gaseous exoplanets, we also simulate the atmospheric circulation on terrestrial, or rocky, exoplanets over a range of planetary parameters. Our aim here is to understand how these parameters, and features such as topography (which can influence the morphology and variability of Solar System polar vortices), might influence the behaviour of polar vortices in a broader sense.